Building the Business of “U”

Do you know of an influential person within your organization? A person co-workers seem to listen to and take advice from? What do they have that others don’t?

Becoming a VIP within your organization begins and ends with “U”, not your rank, position or education. It’s been my experience that each influential person I’ve known has similar traits that make them effectively unique. In my book, I’ve outlined the 10 traits of very influential people and how they’ve impacted my life and others around them. The foundation of the ten traits begin with those who can lead, communicate and connect effectively on duty and off.  Positively impacting those around them by setting the example with an unwavering calm confidence and an ability to always look forward. Never letting themselves or others stand in the way of their purpose or vision.

No matter what your goals, you can achieve them faster, you can be more effective and the contribution you make can be longer lasting if you learn to develop your influence by Building the Business of “U”.

All attendees will receive a copy of Brian’s book, Building the Business of “U”. 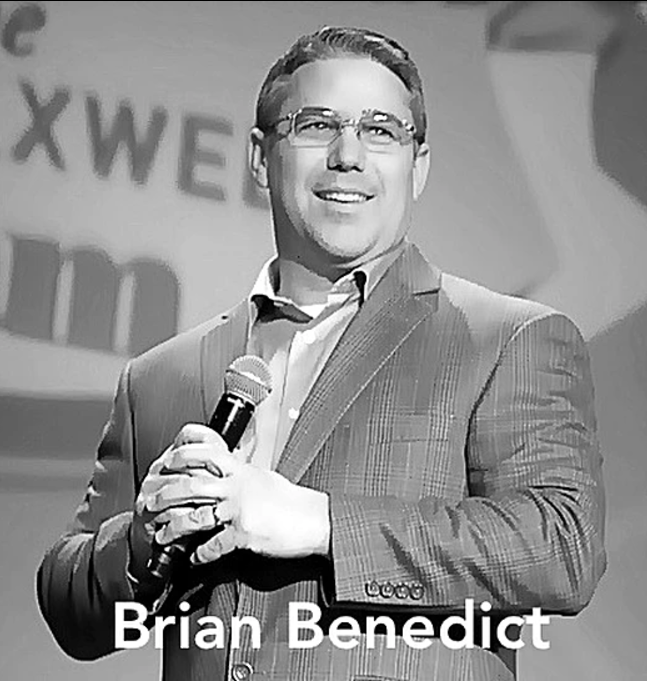 Following generations of veterans & public service, Brian entered the US Army in 1986, two days after graduating high school. Beginning in Fort Jackson with basic training and continuing at Ft Bragg North Carolina as a cable dog 36C. After reenlisting he was sent to Karlsruhe Germany where he assisted a team of Battalion S-3 guru’s with coordinating field exercises and communications before and during Operation Desert Storm. It was both challenging and rewarding. He transitioned out of the service and into the civilian world, leaving the Army as a E-5 Sergeant with unbelievable experiences and education.

After leaving the military he quickly moved into sales and customer service with Cellular One in Dayton Ohio where he assisted others with this new gadget called mobile phones. Improving his personal development, Brian learned how to communicate to connect by improving his ability to handle objections, building relationships and growing a personal and professional network. Brian excelled from Technician to Account Executive and was later promoted to Customer Service Manager where he became highly proficient with the art of the win-win.

In 1996 he took his purpose to the next level and became a firefighter with the Richmond Fire Department in Richmond Indiana. Working in positions such as Firefighter, Engineer, Lieutenant, Inspector, Investigator, Battalion Chief, Deputy Chief of Fire Prevention and Pension Secretary he was introduced to priceless experiences and learning opportunities. For a few years during his career he also worked part time with Key Fire Investigations in Greenwood Indiana where he investigated the origin & cause as a private fire investigator.

After a successful twenty-year career, he left in 2016 to continue his passion of helping those who help others. For over a decade Brian has worked part time as a Department Representative with Police and Firemen’s Insurance Association. A not for profit fraternal benefit society that’s only priority for over 100 years has been to protect police, fire and family with fraternal benefits and insurance products. He excelled into the position of Midwest Manager and continues to help police officers, firefighters and family throughout the united states.

In a continuing effort for personal growth, Brian became a Certified John Maxwell Leadership Speaker, Trainer and Coach in March 2017.